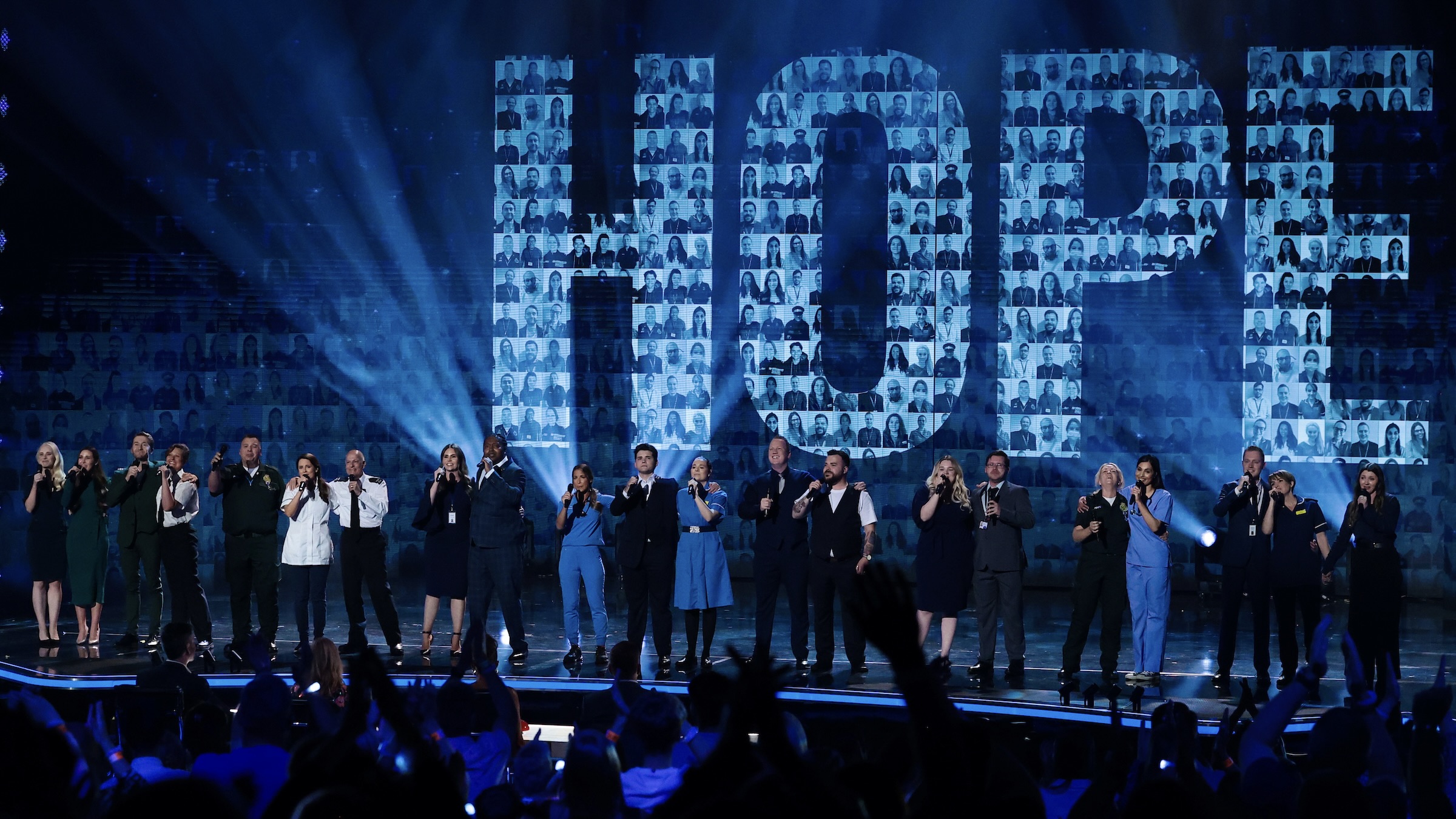 After receiving four ‘yes’ votes from the Britain’s Got Talent judges in their first audition, vocal group The Frontline Singers landed a coveted spot in the live Semi-Finals of the iconic talent programme on ITV in June 2022.

To a TV audience of millions, they performed an original song written by the group’s founders James Beeny and Gina Georgio, entitled ‘One Step Behind’.

Their striking performance was met with a standing ovation from the judges and audience, as well as an abundance of support on social media from viewers all over the world.

BGT judge and theatre star Amanda Holden said that she “loved the song” and “beautiful” harmonies, and she praised the group’s performance passionately: “I would love to see you in the final. This is what the show is for.”

Simon Cowell took the opportunity to salute all those who have worked on the frontline during the pandemic: “It gives us a chance to thank you, and everybody else you represent. Genuinely.”

From police officers and doctors to West End actors who worked on the frontline during the pandemic, the group, aged between 24 and 62, formed during the first national lockdown to spread a message of hope and solidarity through song. Their first audition on Britain’s Got Talent moved the judges and audience to tears. David Walliams called it ‘an amazing moment’.