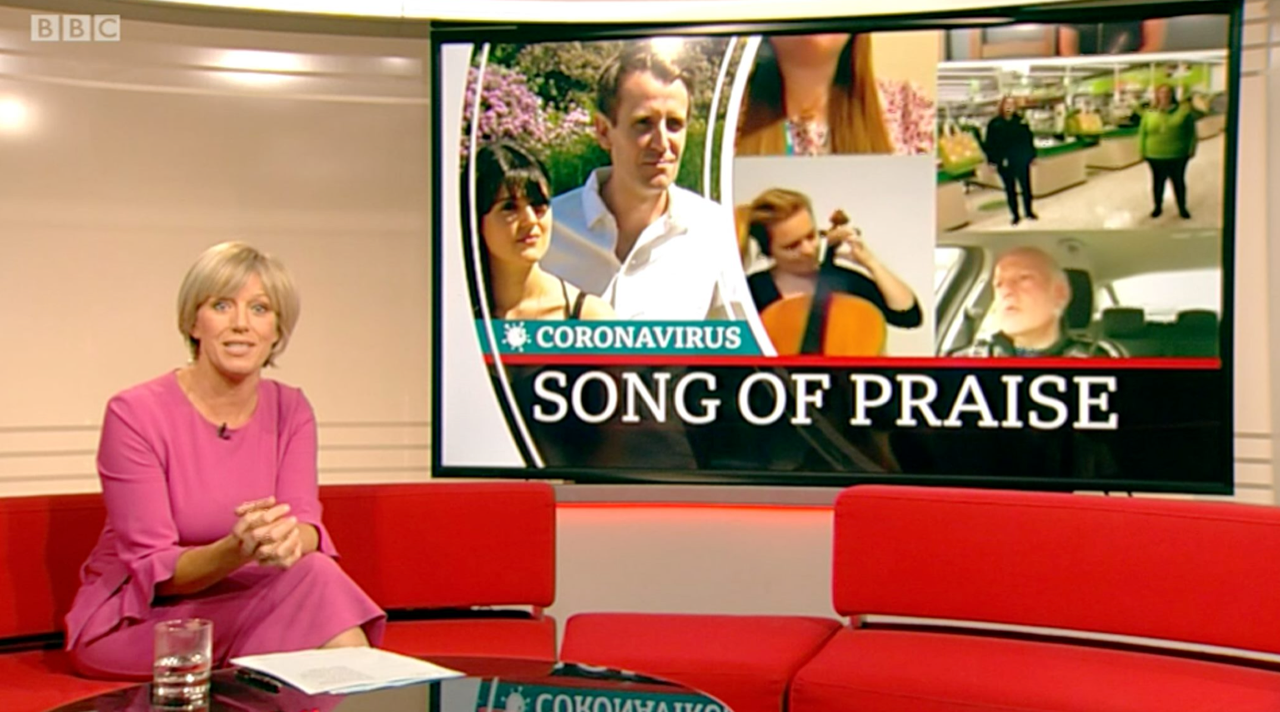 Having received over 150,000 views on social media and hitting its Just Giving target in under 24 hours, the story behind The Frontline Singers and their charity song ‘Strange Old World’ was featured on BBC South East Today.

Created by theatre writers James Beeny and Gina Georgio during the first national lockdown, The Frontline Singers came together to spread a message of hope through song and raise funds for the NHS.

‘Strange Old World’, which was written by James and Gina, was recorded and performed remotely by 50 frontline workers from all over the UK and featured Hamilton star Karl Queensborough and Les Misérables star Paul Wilkins.

James and Gina were interviewed about the song and The Frontline Singers by BBC South East reporter Piers Hopkirk in their hometown Royal Tunbridge Wells, Kent.

They said, “We have brought together this fabulous group of frontline workers and West End stars to offer a message of hope in these difficult times and to celebrate the strength of our community. We will forever be indebted to the amazing work of all those on the frontline who are taking great risks to support us through this period, including Gina’s father who is a Police Community Support Officer – look out for him in the video!”