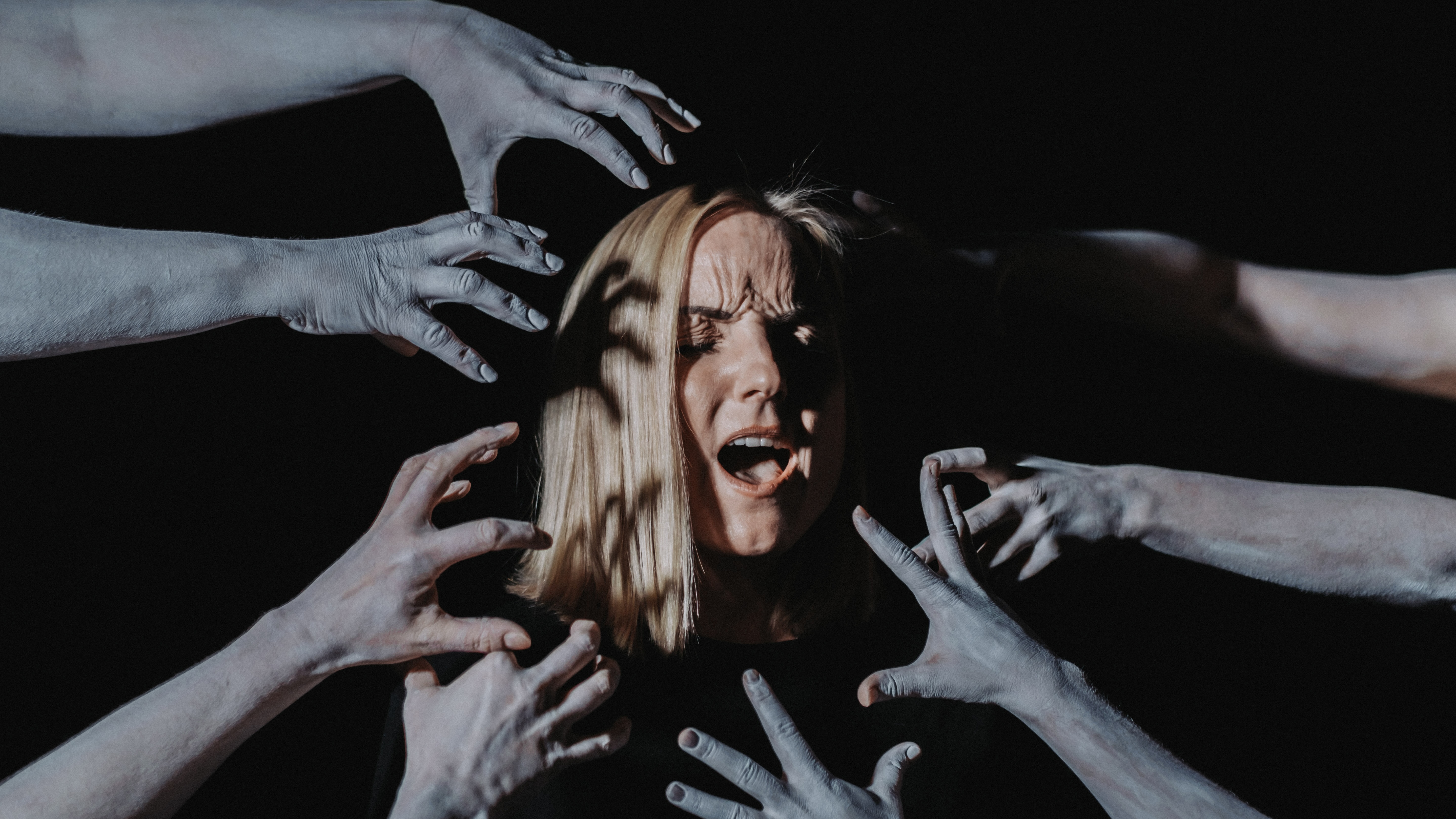 A music video for the Lady M single ‘What Must Be Done’ has been released, starring Kerry Ellis in the title role of Lady Macbeth. The track was recorded at Abbey Road Studios and co-produced by multi-Grammy Award winning record producer Rik Simpson, best known for his work with Coldplay (Viva laVida, Mylo Xyloto, A Head Full of Dreams).

The video, which was filmed at the Assembly Hall Theatre (TunbridgeWells), was created by Lady M writers James Beeny and Gina Georgio alongside filmmaker James Hastings, who also directed and shot the video.

The music video focuses on the inner workings of Lady Macbeth’s mind as she imagines her future as Queen of Scotland. She envisages the murder, destruction, and war that she will plot with her husband Macbeth, played by Paul Wilkins in the video. Lady Macbeth vows that if Macbeth tries to back out, she’ll make sure he does ‘what must be done’. Her ambition lights a fire within her, but her dreams of power are haunted by visions of her own downfall and ruin.

The video also features the Witches – or ‘strange angels’, according to the lyrics – whose grey hands creep towards Lady Macbeth to take possession of her soul.

‘What Must Be Done’ is available on all streaming platforms. Click here.

Behind-the-scenes photographs from the video shoot.