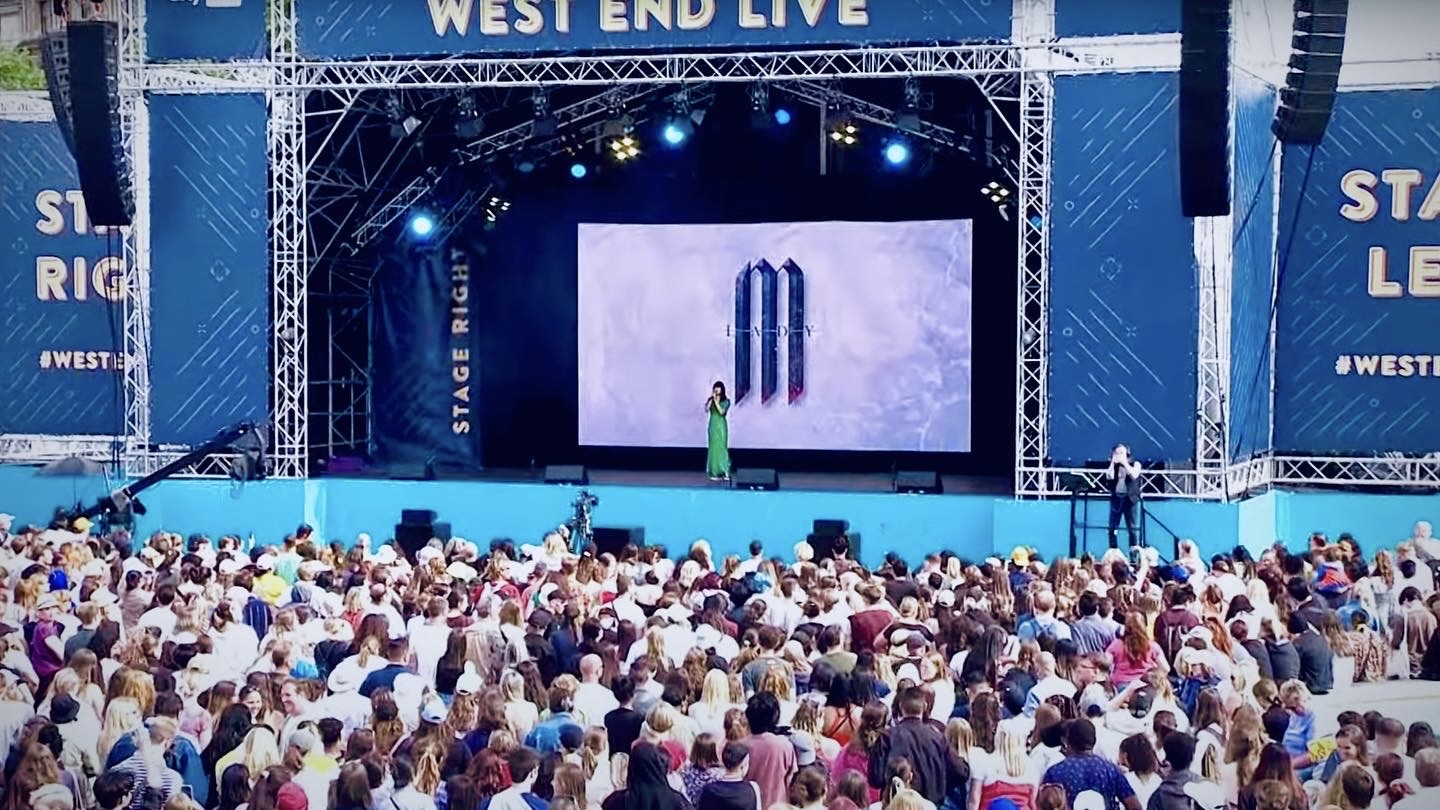 Lady M was invited to perform at this year’s West End Live, a prestigious annual theatre event held in Trafalgar Square in London. The 2022 line-up was as impressive as always, featuring performances from the best-loved West End shows, including Wicked, SIX, and Les Misérables.

The Lady M set opened with pop ballad ‘Never Give Up’, sung in the show by the character Lady Macduff and performed on the day by the show’s co-writer Gina Georgio. This was followed by Tom Hier’s performance of‘However Hard I Try’ – a dramatic song sung by the character Banquo. The set concluded with the show’s opening number ‘Mother Scotland’, led by Lady M co-writer James Beeny and Tom Hier, who were joined on stage by Craig Nash, Sam O’Rourke, and Dan Piper.

The singles ‘Never Give Up’ and ‘However Hard I Try’ are due to be released over the coming months.