A standing ovation for The Frontline Singers on Britain’s Got Talent
May
7
,
2022 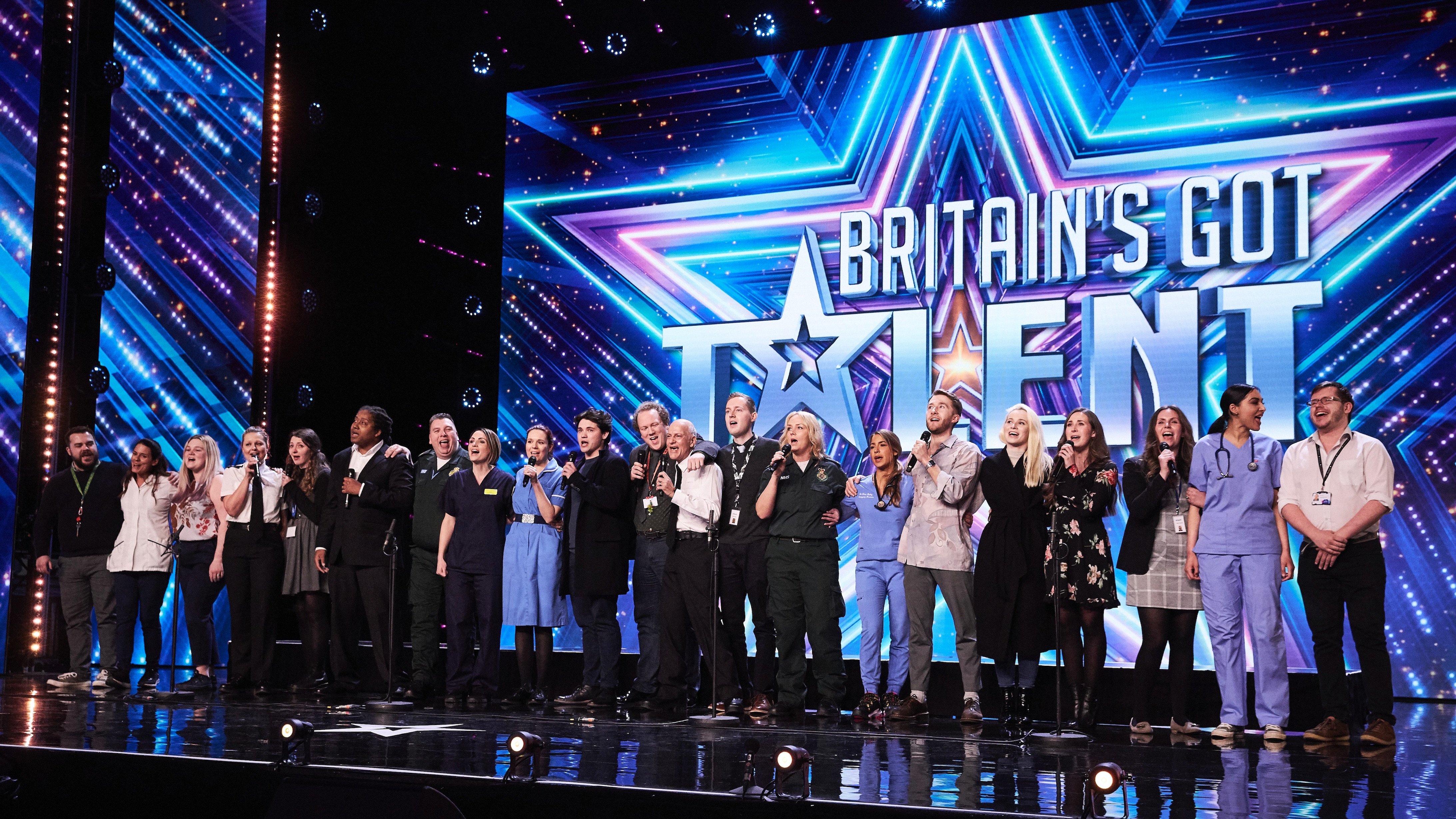 In January 2022, The Frontline Singers auditioned on Britain’s Got Talent at the London Palladium in front of judges Simon Cowell, Amanda Holden, Alesha Dixon and David Walliams.

Made up of 21 key workers, the vocal group performed an original song about the Covid-19 pandemic entitled ‘Strange Old World’, written by the group’s founders James Beeny and Gina Georgio.

From police officers and doctors to West End actors who worked on the frontline during the pandemic, the group initially came together to record a virtual video during the first national lockdown. They met in person for the first time several months later, rehearsing weekly in readiness for their audition on Britain’s Got Talent.

After the group walked on stage at the London Palladium, PCSO Demi Georghiou, father of the group’s co-founder, was asked by Amanda Holden how it all started. He said: ‘my daughter Gina and her partner James wanted to write a song that would bring hope and unity – something positive out of what we’ve been through’.

Their heart-warming performance on the iconic TV programme moved the audience to tears, and they received a standing ovation and four ‘yes’ votes from the judges. An emotional Amanda Holden praised their ‘tremendous’ performance, saying on behalf of her fellow judges that it was ‘wonderful that we could be part of it’. David Walliams called it ‘an amazing moment’.

Simon Cowell remarked: “What we’ve gone through in the last two years is surreal, but then out of it, come moments like this”.